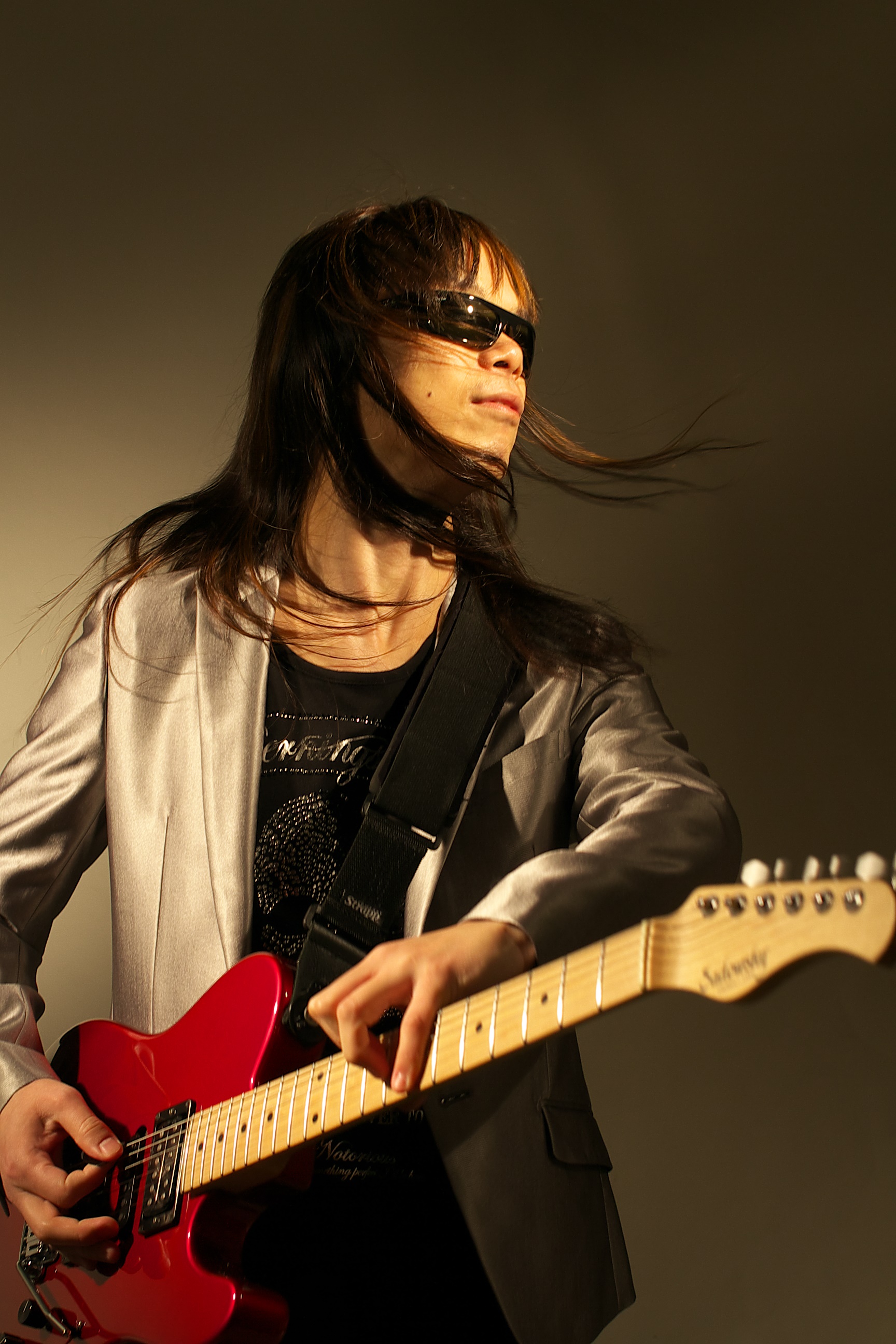 Hiroaki Tagawa is a Japanese blind guitarist/composer/arranger known for his unique playing style and incredible techniques.

Tagawa started playing the piano at the age of 5, Koto (Japanese harp) at 8, the acoustic guitar at 9, and the electric guitar at 13.
As he learned the guitar by himself and any instruction books/videos couldn't show him the "normal" way of playing visually, Tagawa developed a unique playing style with his left hand over the guitar neck to push down the strings on the fretboard in the same manner as the piano and Koto. Nothing in his upside-down style interferes with him playing aggressive rock riffs, beautiful and emotional melodies, and passionate lightning-speed shredding.

Starting his professional career in his late teens, Tagawa keeps on working hard for so many recording sessions, live shows and TV/radio programs.